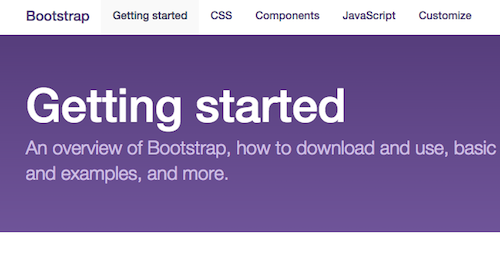 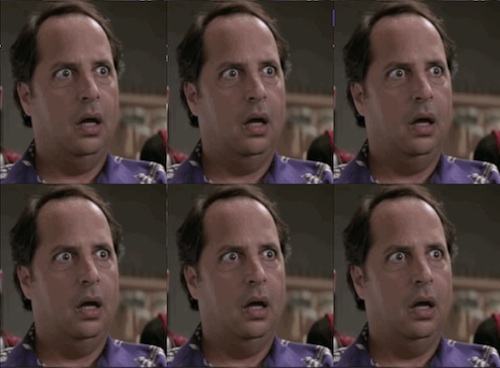 Hold on, don’t shout at me yet, please!

The thing is that Bootstrap was built at Twitter, so that the developers could work faster by using a standardized interface to present their creations.

In other words, if you are a developer working on some cool feature at Twitter, you can present what this feature is through Bootstrap very quickly, without the need to spend time creating a cool web appearance from scratch.

This makes Bootstrap a really purpose-made tool. A purpose that’s not entirely in line with the standard concept of web development.

One of the consequences that this brings is that everything built with Bootstrap has a somewhat similar appearance to an extent. Of course, you can modify the files and style sheets by hand, but this questions the purpose of using the framework in the first place.

This may sound basic in this day and age, especially since we’re surrounded by various open source platforms. However, it has to be pointed out that Bootstrap’s straightforward license has also played a role in the framework’s popularity.

Whereas most open source licenses go on for pages of never-ending lawyer talk, Bootstrap’s MIT license is only 159 words long, and basically allows you to do whatever you desire with the framework once you obtain a copy of it.

This, above all else, means that you can use it as the base of a client project that you can then sell to the client without worrying about anything.

And of course, there’s also the main GitHub repository, where you can participate in the community and contribute to the platform itself.

One of the main advantages of Bootstrap is that it lets coders code and not worry about what the result of their efforts is going to look like. On top of that, we also have the docs, which are really well-written and detailed enough to bring anyone up to speed with how to work with the framework.

What this means in practice is that whenever a new person joins the team, they can be easily taught all the ins and outs of the platform. The docs really seem to provide an answer to virtually every question imaginable regarding the inner mechanisms of the framework.

One of the more mundane aspects of the website building process is having to prepare the styles for various form elements … drop-downs, buttons, input fields, pagination, alerts, and so on. This is one more thing that Bootstrap takes care of for you.

And most importantly, all styles are consistent throughout the platform and mobile-friendly. They actually look quite nice even despite their simple nature.

Because of this, you can divert your time to working on something else, something that’s more exciting.

[Good] Bootstrap gives you the grid

The 12-column grid is by far the most recognizable element of Bootstrap. In short, the content of a Bootstrap site is divided into 12 columns that are fluid and responsive. Also, there are predefined classes that make using the grid easy to grasp and fast.

But that’s not all, with the grid, you can also adjust how your site is going to look like on smaller vs. bigger devices – it’s not left for the framework itself to decide.

All this makes the grid possibly the best way of building mobile-friendly layouts these days.

But there is a downside…

There’s just no other way to say this. The files that Bootstrap generates are rather big (both in terms of kilobytes and in the sheer number of lines of code).

Of course, you can erase things here and there – the things you don’t need – but it kind of defeats the purpose of using a framework in the first place. I mean, if you have to go back and spend time under the hood, why not build something from the ground up yourself? And if you do decide to tweak things on your own, this brings the issue of updating the platform (more on this in a minute).

For instance, when working with the grid, you’re forced to fiddle around with countless different elements and their classes just to arrange the structure of the layout.

I think the best summary of Bootstrap’s logic came from a tweet by Ian Devlin:

[Bad] Updating Bootstrap framework can be a pain

One of the strengths of Bootstrap is that it’s constantly under development and that the community is very lively. This results in frequent updates. However, the problem is that those updates are not always that easy to integrate.

For instance, if you keep your files where the Bootstrap files are, you might have to think twice before overwriting anything. And if you’ve made modifications to the core files – a very likely scenario due to the architecture of the framework – then it’s a whole other level of trouble.

That sums up what I had to say about the platform. As you can see, there are some advantages and disadvantages when using Bootstrap.

So I’m curious to know, what’s your verdict? Are you a fan of Bootstrap’s and plan on using it for your next project?