Flash Enabled in Chrome on Linux?

I downloaded and installed the latest version of Chrome for Linux on my copy of 64-bit Linux Mint 7, today. Thinking nothing of it, I went on with my normal procedures. Then, Michael Klurfeld posted a Digg link to one of TechGeist’s stories. At the top of the story was an embedded YouTube video. Fully expecting it to show a big blank space as Chrome on Linux always has where a YouTube video should appear, I went on with reading the story.

I then looked up and noticed that the YouTube player had loaded and was showing the first frame of the video with the standard “Play” emblem in the middle of it. “This must just be a screen shot or something, like YouTube uses on their home page,” I thought, at first. Just for kicks, I decided to click the video anyway.

Much to my amazement, it started playing.

I checked the properties of my Chrome shortcut and made sure that I didn’t, at some point, turn on the –enable-plugins switch and forget about it. Nope, the shortcut simply calls Chrome with it’s default settings.

I decided to test things further. I popped on over to Facebook and decided to test Farkle, first. That was a big fail. Instead of seeing the Farkle game loading, I just saw two big black boxes with Chrome’s “this plugin failed” icon in the middle.

I then decided to try Bejeweled Blitz. It worked like a champ.

Therefore, it appears that Flash is somewhat enabled by default within the Linux version of Chrome. It’s possible that the errors with Farkle are a result of the fact that I’m using the test version of the 64-bit Flash 10 library for Linux, as there is no approved 64-bit version of the plugin, yet. To be fair, Farkle doesn’t work in Opera 10 on Linux for me, either.

If you’re using Chrome on Linux, have you made a similar discovery today? How about our friends running Chrome on Mac? Is Flash working well enough that it’s enabled by default on your build? What version of Chrome are you running? I am running version 4.0.211.2 on Linux Mint 7 Gloria 64-bit with the 64-bit version of Flash 10 for Linux. 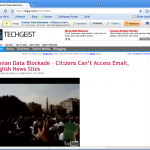 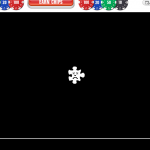 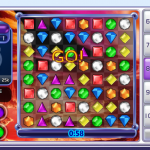