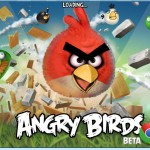 First of all, the HTML5 audio spec is still in its infancy and support for it across browsers is still pretty spotty. Using HTML5 audio for the in-games sounds and music quite possibly would have produced inconsistent experiences for users. Secondly, Angry Birds is a premium application for Android and iOS (and Windows Phone in another 6 weeks). If the free Web-based application was built entirely without any proprietary technologies, a lot of people might flock toward that on their mobile devices instead of ponying up the cash for the premium native app. With the Flash content in the game, most mobile devices won’t be able to play it properly, acting as a low-tech method of keeping the premium native apps value up. 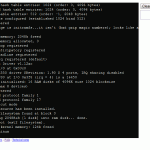 Then, the other day, news broke of a Linux distribution/emulator that can actually run in the browser, powered by JavaScript. jsLinux is the name of the project, and it is reported to run in Chrome 11 (apparently it doesn’t currently work in Chrome 12 beta) and in Firefox 4, including the versions of Firefox that are available for Android. As far as I can tell, it doesn’t do much yet, but the fact that it even exists is pretty impressive. I can only imagine what possibilities it holds for the future.

Finally, I was made aware of a Gameboy/Gameboy Color emulator that runs in your browser, using HTML5 and JavaScript technologies. It is capable of running Gameboy ROM files that you upload from your computer or from online sources. I briefly tested the emulator by running a public domain Gameboy Color ROM I had on my hard drive, and it seemed to work fairly well. It’s not full-speed yet, and the audio is a bit choppy, but it was definitely playable. 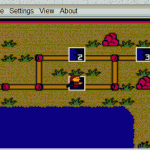 Following is some information about this new emulator (from the “About” dialog in the emu):

The video is done either through HTML5 canvas or by a fallback of creating BMP binary picture format data URI strings and appending the result to regular HTML img tags.

Are these projects going to eventually be the nails in the coffin for Flash? Will Flash begin to adapt appropriately to fill more specialized niches while people begin to utilize newer Web technologies to perform tasks that were traditionally done with Flash? What are your thoughts? What other cool real-world HTML5/CSS3/JavaScript applications have you seen lately?