Friendfeed Gets an Update

Friendfeed, which is regarded by many as a dead network since its acquisition by Facebook, was updated to get a new feature this evening. A while ago, Paul Buchheit mentioned that there were still a handful of features and fixes he wanted to make on the struggling social network, and this is the first evidence we’ve seen of that. 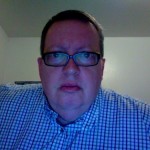 The other day, Glen Campbell (no, not “Rhinestone Cowboy” Glen Campbell) posted some tips on Friendfeed to help people improve the performance of their Web pages. I can’t say I completely agree with every single one of the suggestions across all situations, but they are definitely a great place to start. Glen indicated to me that his tips are “basically a distallation of the Yahoo! Developer Network “Best Practices”“, but I think he’s done a really good job of pulling out the meat of those best practices and putting them in a language that can be easily understood. I hope you will evaluate the tips and best practices for yourself and use the tips that apply to your situation as well as you can.

Amid much conversation about whether or not Friendfeed has a future and how it’s supposedly being abandoned in droves, I’ve experienced the first major failure of the service since I started using it (thanks to @holdenpage) a few months ago. The service has been down for at least 30 minutes at the time of writing this post. Despite Paul Buchheit (one of the creators of Friendfeed) posting about server upgrades and potential updates over the last few weeks, attempting to load Friendfeed results in a standard timeout error.

I can’t help but wonder if this outage has anything to do with the fact that some Friendfeed features were unveiled on Facebook earlier this week (the new “Live Feed”). I’m hoping it’s just a random outage, but am not holding my breath. I have come to love and appreciate the community over at Friendfeed, and would hate to see the service die such an unceremonious death.

Here’s to Friendfeed, and hoping it comes back soon. Until then, I guess I’ll have to find something in real life to keep me occupied.

Lifestreams – In Case You Want Everyone to Know Everything

For those of you unfamiliar with the concept of Lifestreams (as I was until earlier today), they are basically aggregators for all of your online activity. As if Twitter wasn’t enough to let everyone know exactly what you’re doing at all hours of the day, lifestreams actually combine all of the information you post in all of your online personae, and put them out in a single feed.

FriendFeed is probably the most well-known service capable of doing this, but there are quite a few others. You can view a pretty big list of these services by checking out the Lifestream Blog.