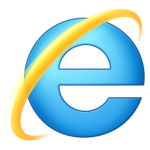 I’ve had a little bit of an opportunity to play around with Internet Explorer 9, and I’m still not sure if I like it or hate it. I am excited about the possibility of natively using some CSS3 and HTML5 in Internet Explorer, but I’m also disappointed by the lack of specific CSS3 elements.

Two CSS3 properties I’ve started using fairly regularly are generated gradients and border images. Unfortunately, IE9 doesn’t support either of those. Therefore, in order to produce the same effect, I still have to use a conditional stylesheet.

However, since IE9 does support so many other elements I regularly use, I can’t really just carry over my IE7 or IE8 stylesheet(s). I need to create an entirely new stylesheet just for IE9.

From a user-interface standpoint, I like the new look and functionality of IE9 much better than previous versions, and better than current versions of Firefox, Opera and Safari. However, I still don’t like it quite as much as Chrome’s interface.

Have you tried IE9, yet? If so, what do you think of it? You can read a comprehensive list of Internet Explorer’s CSS compatibility on Microsoft’s website.