5 Things You Shouldn’t Do With a Satellite Connection 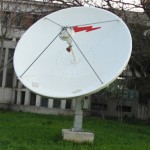 As I’ve mentioned a few times before, I am stuck with a satellite Internet connection at home. DSL and FIOS are distant fantasies, cable comes to the end of my driveway and stops (they refuse to run it any further, and won’t let me run it myself) and a T1 line is just way out of my price range. So, I’m stuck dealing with huge latency and bottom-of-the-barrel “high speed” Internet service.

For everyone else that moves out to the boonies and might have to make the switch to a satellite provider, I thought I’d provide this quick list of five things you shouldn’t (or can’t) do when you’re using a satellite connection. Still, I am thankful that I’m at least able to get some sort of “high speed” connection, as going back to dial-up is not something I want to even think about.

So, there you have it. Those are five things you can leave off or your to-do list once you move out of range from mainstream broadband services. Good luck.